“After years of consolidation and acquisition of private practices, the availability of remaining independent physician groups is dwindling in many markets,” says Sam Sears, EVP of Percival Health Advisors, an independent healthcare strategy advisory group within Remedy.

“The easy deals have been done. When the well runs dry, physician alignment becomes even more important—but how do you align with physicians if there’s no way to grow the base through acquisition or even recruitment?” Sears says. “Health systems need to think about creative ways to align with physician groups beyond the traditional approaches.”

A common stumbling block to alignment is real estate, with its complex issues of investment, ownership, and lease terms that can sometimes kill a deal. But real estate doesn’t have to be an impediment if you have the right real estate partner to help you see it through. Here are five real estate vehicles that can help pave the way to physician alignment.

Co-location in a newly developed medical office building or newly leased space is a frequently used strategy to align with a physician group that wishes to remain independent. Historically, health systems have often taken a “build it and they will come” approach to facility development and physician alignment. However, it’s rarer for a health system to proactively track potential strategic partners and present them with opportunities to co-locate—and this strategy can prove valuable, especially when the goal is to penetrate a new market or further lock up an existing one.

A regional health system in the Mid-Atlantic was interested in establishing a presence in a growing community on the periphery of its primary service area, but was having difficulty finding a foothold. Percival facilitated an introduction to the largest primary care group in the submarket, which the health system had been tracking for some time. The organizations were able to partner on the development of a joint-venture medical office building that houses a larger clinic for the primary care group as well as OB/GYN and cardiology specialty clinics for the health system.

For the primary care group, the decision to co-locate gives them access to a large referral base and connections to service lines outside of their specialty, while the health system benefits from the greater critical mass and higher visibility through association with an established brand in the community.

2. Offer Physician Co-Investment in the Real Estate or Ancillary Services

Another effective strategy for aligning with an independent physician group uninterested in acquisition or merger is to offer an opportunity for investment in a medical office building.

“Another option is to give a physician group ownership in an ancillary service, such as an MRI, either wholly or in a joint venture. It can be an attractive enticement,” Sears says.

In 2019, Remedy was selected by Piedmont Healthcare to develop a new on-campus medical office building adjacent to Piedmont Newnan Hospital in Newnan, GA, a fast-growing suburb of Atlanta. Part of Piedmont’s strategic intent for the new building was to incorporate a full range of oncology and hematology services, including advanced medical and radiation therapies in a cancer care center of excellence.

A critical component of this strategy’s success was to recruit a leading independent oncology group to lease space in the building, in order to work closely with Piedmont Healthcare in the delivery of oncology care. To facilitate this physician alignment for Piedmont, Remedy created a customized co-investment structure that enabled the independent physicians to invest alongside Remedy.

3. Use a Sale-Leaseback Transaction when Physicians Own Real Estate

There are any number of reasons why a health system may not be interested in the real estate owned by a physician group it’s attempting to align with, such as capital outlay, Stark Law concerns, location, or the age and condition of the property. A sale-leaseback deal can be effective in overcoming these obstacles.

“Don’t let the fact that a medical group owns real estate dissuade you from pursuing them. Remedy can step in as the real estate capital partner to facilitate the alignment.”

Centegra Health System (now part of Northwestern Medicine) was in the process of acquiring a leading regional orthopedic practice to further its physician alignment goals. However, the physicians owned their medical office building, and Centegra was not interested in acquiring the property. The health system preferred for the property to be owned and managed by an institutional investment partner with professional real estate management experience.

Remedy executed the acquisition of the medical office building and negotiated a new long-term lease from the health system. The sale-leaseback achieved the physician owners’ desired investment goals in the sale of the property, while enabling Centegra to complete the strategic acquisition of the practice.

Consolidation is usually driven by the goal of aggregating providers to achieve operational efficiencies and/or to support high-margin ancillary services, or by a need to vacate buildings that are outdated or ill-positioned in the market.

“The trouble is that frequently with consolidation, it’s not a smooth exit,” Carson says. “Lease termination dates don’t line up, and you’re faced with the choice of moving out of a building and paying dark rent for three years, or staying in place and missing out on the efficiencies that can come with consolidating. A real estate or capital partner can help devise an exit strategy that gives a health system the flexibility to achieve its goals.”

The Southeastern Spine Institute (SSI) is the largest medical practice in South Carolina specializing in spinal and orthopedic care. SSI needed a new facility to consolidate and grow its ambulatory surgery, imaging, and diagnostic services in the Mount Pleasant submarket of Charleston. However, it owned two custom-built, Class A medical buildings that limited its ability to act. Remedy offered to develop the new facility and provide an inventive sale-leaseback transaction that created flexibility for SSI to vacate its existing buildings upon completion of the new development.

As part of the leaseback transaction, Remedy agreed to release SSI from its leases on the buildings once Remedy was able to find new tenants. Through its existing relationship with the Medical University of South Carolina (MUSC), Remedy knew the health system was looking to expand its ambulatory network in the Mount Pleasant submarket and was able to recruit MUSC to lease one of the buildings.

“Remedy gave SSI an exit strategy by buying the buildings and letting them out of their leases in order to move into the new facility. Our knowledge of the local market and our ability to be flexible and creative enabled the deal to move forward.”

Tenet Healthcare’s East Cooper Medical Center had been tracking SSI’s growth, and wanted to align with them by locating the physician group’s new facility on its hospital campus. Remedy negotiated the acquisition of the development site on the campus and made it possible for SSI, its surgical partner USPI, and the hospital to each design and execute their own leases within the building. In addition, Remedy helped SSI transfer its Certificate of Need (CON) from one of its prior locations to the new building. The end result is a dynamic facility that combines the expertise of three leading healthcare providers with modern office space, procedure rooms, MRI and imaging room, physical therapy suite, sterile processing center, and ambulatory surgery center.

5. Make Alignment Work for Each Physician, Not Just the Group

When attempting to align with a physician group that owns a building, the individual physicians within the group may have differing needs if the building needs to be vacated or sold. Some may wish to continue ownership in some fashion, while others may wish to sell and move on. By structuring a sale in a creative way that satisfies each physician’s goals for the transaction—whether it’s tax efficiencies, reinvestment, or simply income—health systems can create goodwill and smooth out wrinkles.

Rainier Orthopedics in Puyallup, Washington, was acquired in 2012 by Proliance Surgeons, one of the country’s largest surgical practices. Rainier performs over 2,400 surgeries per year in its ambulatory surgery center, which was owned by a partnership of seven Rainier physicians now employed by Proliance. After the acquisition, some of the physician owners wished to divest, while others were interested in retaining ownership of the property.

Remedy offered to acquire the building in a joint-venture transaction that enabled each of the physician investors to select their desired individual outcome. Some took their sale proceeds and moved on, some became co-investors in the new joint venture, and some did a little of both. The structure of the joint venture included follow-on liquidity options that gave the co-investors the ability to sell Remedy their interests at a time dependent on their personal financial or retirement planning goals. In executing this acquisition, Remedy negotiated new long-term leases with both tenants and achieved the physician owners’ desired investment goals in the purchase/sale of the property.

Remedy is here to help you find the physician alignment strategy solution that works best for your health system. Get in touch to learn more about our innovative approach to healthcare real estate. 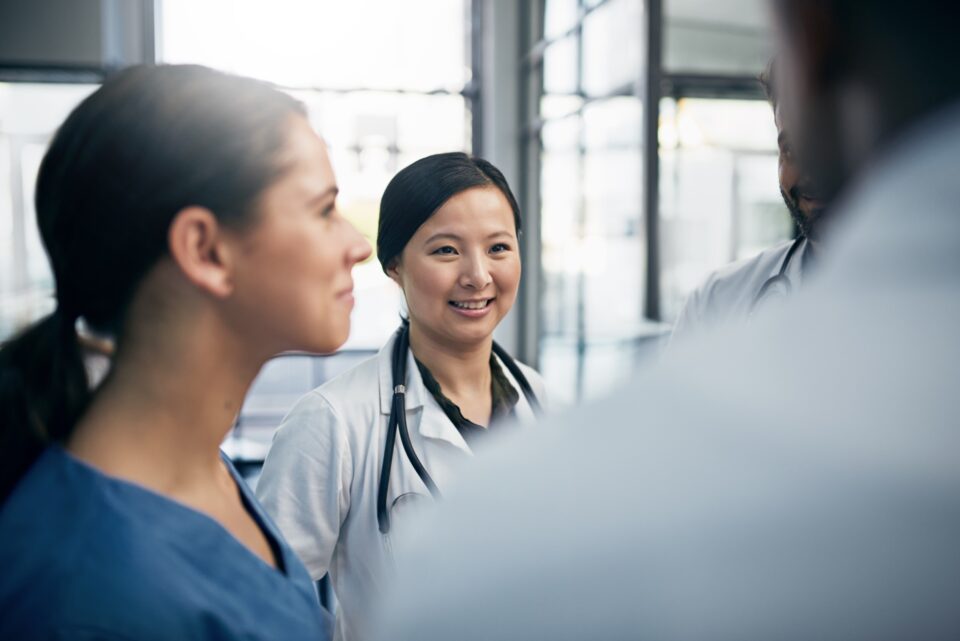